We all know about our planet’s two poles – but very few people are aware of the Third Pole; the massive ice reserves of Asia’s high mountains. This Third Pole, which provides water to more than a billion people is the home of the endangered snow leopard.

The glaciers and snow-covered peaks surrounding the Tibetan Plateau hold the planet’s largest store of permanent ice and permafrost outside of the North and South Poles. The thousands of glaciers and seasonal snow melt form the headwaters for Asia’s most important rivers, directly providing drinking water, power and irrigation to more than 200 million people and supporting more than a billion people living in the larger river basins.

The Third Pole also contains a large variety of local communities, and a rich biodiversity of which the endangered snow leopard is perhaps the most iconic representative. 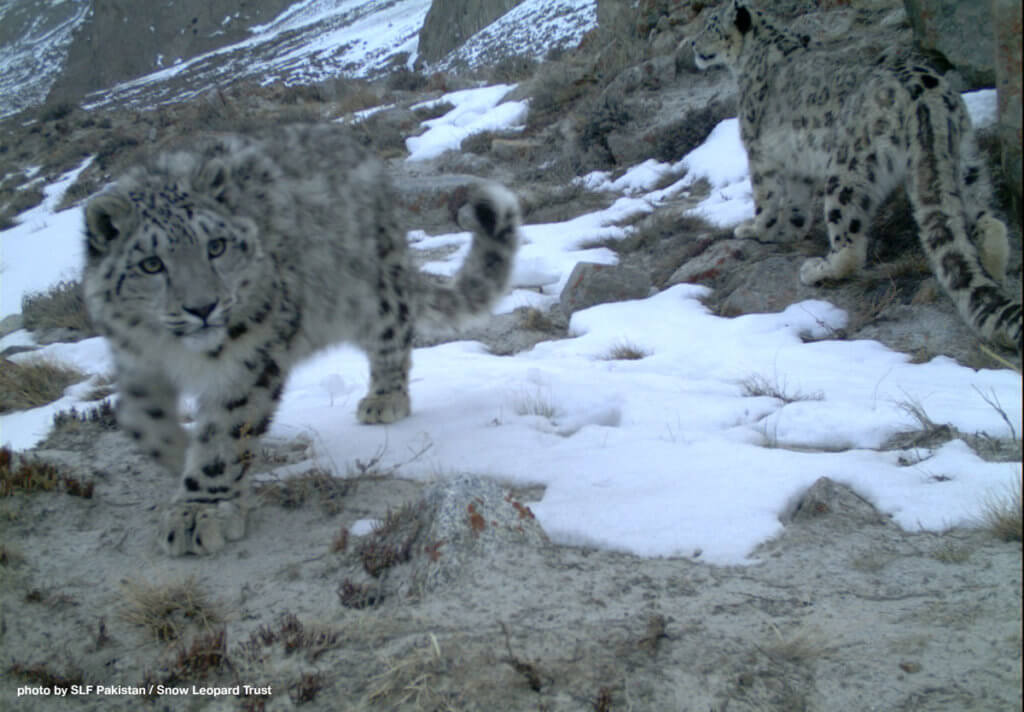 Today, the people and wildlife of Asia’s high mountains are at a crossroads. Warming temperatures are eating away at the Third Pole’s ice reserve. With glaciers melting and permafrost thawing, the landscape is undergoing fundamental changes that pose risks to communities and wildlife  — threatening livelihoods, food sources and water security, and possibly leading to increased human-wildlife conflicts.

Understanding these changes and their impacts, mapping the climate vulnerability of landscapes and communities, and helping people and wildlife adapt to them is a critical part of the Global Snow Leopard & Ecosystem Protection Program (GSLEP), an action plan to save the snow leopard that has been endorsed by all twelve of the cat’s range countries.

Education is the key here. Improving our understanding and communication of the risks from a changing climate, the most effective options to manage them, and the optimal timing of our action is considered to be the first priority in the strategy for climate resilience and adaptation. Local communities and decision makers need to be aware of climate change, its causes and impacts, in order to embrace sustainable, climate-smart practices such as use of traditional rainwater harvesting techniques, fodder management to secure availability for livestock during extreme winters, developing alternate livelihood programs for communities dependent on seasonal precipitation and vegetation, etc. NGOs, international institutions and government agencies are working to this end with local communities across the snow leopard range – not just on Earth Day, but 365 days a year.

Since 2012, our partner WWF is working on a USAID-funded Conservation and Adaptation in Asia’s High Mountain Landscapes and Communities project to promote conservation of snow leopards and their habitat, improve water security, design and implement community climate change adaptation strategies, and foster sustainable natural resource management and development at local, national, and regional levels in snow leopard range areas. By both working in Asia’s high mountain communities, where many impacts are already being felt, and influencing policy, which governs natural resource management, the project hopes to safeguard a future where both people and biodiversity can thrive, even in the face of climate change.

The future of both snow leopards and the local communities that live alongside them depends on the health of Asia’s mountain ecosystems. But the Third Pole really matters to all of us. We all need to get climate-smart!